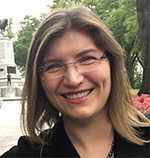 Dr. Viviana Gradinaru completed her B.S. at Caltech and her Ph.D. research at Stanford University and is now a Professor of Neuroscience and Biological Engineering at Caltech. Dr. Gradinaru's research interests focus on developing tools and methods for neuroscience (optogenetic actuators and sensors; tissue clearing and imaging; gene delivery vehicles) and using them to characterize circuits, including those underlying locomotion, reward, and sleep.

Prof. Gradinaru has received the many honors and awards, including: election as a fellow of the American Association for the Advancement of Science (AAAS), NIH Director's New Innovator and Pioneer Awards, a Presidential Early Career Award for Scientists and Engineers, World Economic Forum Young Scientist, one of Cell's 40 under 40, Sloan Fellow, Pew Scholar, Moore Inventor, Vallee Scholar, and Allen Brain Institute NGL Council Member, the inaugural Peter Gruss Young Investigator Award by the Max Planck Florida Institute for Neuroscience, Early-Career Scientist Winner in the Innovators in Science Award in Neuroscience (Takeda and the New York Academy of Sciences), Gill Transformative award, twice a finalist for the Blavatnik National Awards for young scientists, Vilcek Prize for Creative Promise in Biomedical Science, Outstanding New Investigator Award by the American Society of Gene & Cell Therapy, and the Society for Neuroscience Young Investigator Award.

Viviana Gradinaru has also been very active in teaching and service, participating with lab members in regular technology training workshops at Caltech and for summer courses at Cold Spring Harbor Laboratory as well as advising the CLOVER Center. 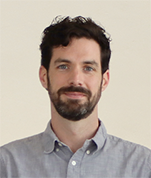 Tim received his B.S. from Haverford College and his Ph.D. in Molecular Biology and Biochemistry from Caltech, where he studied molecular recognition in ligand-gated ion channels. After an AHA postdoctoral fellowship at Stanford University School of Medicine studying the molecular mechanisms of G protein-coupled receptor chemokine-binding and biased signaling, Tim joined the Department of Molecular Medicine at City of Hope Cancer Center, helping launch Akrevia (now Xilio) Therapeutics. Since joining CLOVER in 2019, Tim has leveraged his experience in combinatorial biology and protein biochemistry to advance CLOVER's core technologies and to facilitate their broad adoption. 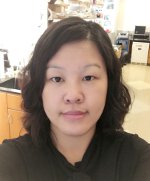 Zhe received her Ph.D. in Biochemistry and Molecular Biology from China Agricultural University and her postdoctoral training in biochemistry and neuroscience at the University of Missouri. Before joining the CLOVER center, Zhe worked at Southern Methodist University as a senior research associate studying the molecular mechanisms of neurodegeneration. 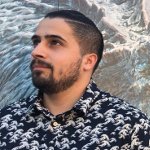 Damien received his B.S. and M.S. in Biotechnology & Biology at Cal Poly Pomona University in 2019. His thesis in the Steele lab at Cal Poly studied the relationship between food-entrained circadian rhythms and dopaminergic circuits in mice as well as the viral restoration of feeding rhythm phenotypes. In CLOVER, he is currently interested in the engineering of AAVs for gene therapy. 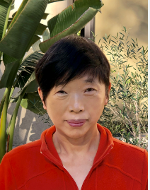 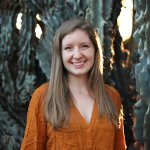 Erin received her B.A. in molecular biology from Pitzer College in 2019. Her thesis characterized expression patterns and associated functions of novel histone modifications in T. thermophila. In the CLOVER center, she is testing and optimizing the ability of AAV variants to transduce selected tissues. 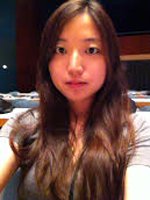 Min received her BS, MS and PhD in Bio and Brain Engineering at KAIST. Her doctoral thesis focused on developing algorithms for quantitative analysis of large-scale calcium imaging data. Before joining Caltech, she worked as a postdoctoral fellow at Korea University on developing macro-scale 3D imaging and digital reconstruction methods using tissue clearing technique. In the Gradinaru lab, Min is interested in computational approaches to reconstruct the cellular structure of cleared tissue. 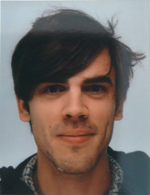 Máté received his BSc and MSc in genetics and developmental biology from ELTE, Budapest, Hungary. During his studies, he worked on chromosome segregation in the mouse oocyte at the Tachibana lab, Vienna, Austria; and on DNA methylation and transposon control in the male germline at the Bourc'his lab, Paris, France. Máté did his PhD in the Torres-Padilla lab in Munich, Germany collaborating with Jop Kind's laboratory. His work focused on 3D genome organization in the preimplantation mouse embryo. He mapped Lamina Associated Domains (LADs) genome-wide in single cells of embryos and identified epigenetic processes that could play a role in LAD formation upon fertilization. In the Gradinaru lab, Máté aims to engineer novel rAAV variants to target the germline. 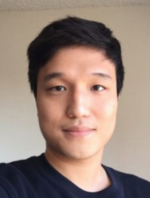 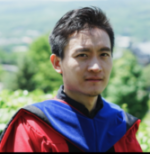 Changfan received his B.S. degree at Tsinghua University, Beijing, China in 2014. He pursued his doctoral degree at Cornell University, USA, with mentor Professor Brain Crane. His work focused on understanding the molecular mechanism of the drosophila circadian clock and engineering its light sensing protein Cryptochrome for optogenetic applications. He led the project to solve the first cryo-EM structure of the protein complex of Cryptochrome and Timeless, which are the core components of the circadian rhythm. In the Gradinaru lab, he aims to develop AAV shielding strategies to evade undesired immune responses for more efficient and safe gene therapy, as well as AAV engineering for more specific targeting. 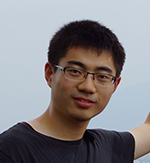 Xiaozhe received his BS from Tsinghua University, Bejing, China in 2014. Before joining Caltech, he was involved in multiple projects on structural biology and protein engineering. In the Gradinaru Lab, Xiaozhe is working on developing new molecular tools and viral vectors for neuroscience. 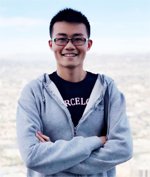 Xinhong received his B.S. in Biotechnology from Tongji University, China in 2017. He studied the genetic impact on Alzheimer's Disease using Drosophila and led a iGEM team manipulating C. elegans with Optogentics whist at college. Prior to joining Caltech as a student in Neurobiology program, he did his undergraduate thesis in Kay Tye's lab at MIT focusing on the circuit underlying alcohol addiction. In the Gradinaru Lab, he is developing tools to study the interaction between Neuron System and Immune System. 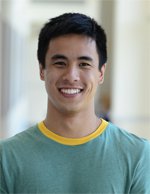 Miggy received his B.S. and M.S. degrees in chemical engineering from Stanford University. Prior to joining the Gradinaru lab, Miggy developed carbon fiber electrodes designed to be used simultaneously with fMRI and optogenetics. Miggy is in the Biological Engineering program in the NIH/NIGMS Biotechnology Leadership Predoctoral Program in Micro/Nanomedicine at Caltech. As a graduate student in the Gradinaru lab, he is currently interested in engineering viral capsids to make novel vectors for research and therapeutic applications. 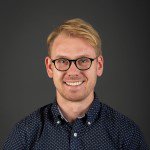 David received his B. ASc. in 2017 from the University of British Columbia in Vancouver, Canada. During his undergraduate, David worked with the iGEM teams at UBC, engineering functional cellulase enzymes to express on the surface of C. crescentus and characterizing CRISPR/Cas9 in A. tumefaciens for crop protection. Between graduation and starting his PhD, David researched the degradation of environmental toxins using a genetically engineered bacteria and developed technology to scale the production of human pluripotent stem cells in vitro. In the Gradinaru lab, he is researching the AAV capsid and the production machinery of AAV to improve the production capacity of gene therapy vectors.

Alex received his B.S. in neuroscience with a specialization in data analytics from the University of Southern California. During his undergraduate, he investigated developmentally regulated changes along the cortical basal ganglia pathways, which regulate motor skill learning, in songbirds (Taeniopygia guttata). In the Gradinaru lab, he is working to develop tools for genetic access in the Egyptian spiny mouse (Acomys cahirinus), the only mammalian species known to be capable of regeneration without fibrosis.